Join us January 29 for a fantastic concert featuring the string quartet.  If you have young people in your life, or are just interested in learning about Haydn, check out the Music for Young People presentation featuring the Rolston Quartet and Haydn's "Rider" Quartet.  All MGS education presentations are housed on our Education page.

Join us for an evening of the string quartet! *The event date and repertoire have been updated in response to changes due to Covid-19.

The Rolston String Quartet – Luri Lee (violin), Jason Issokson (viola), Hezekiah Leung (viola), and Yoshika Masuda (cello) – was formed in 2013 during a summer chamber music residency at Banff Centre for Arts and Creativity in Banff, Alberta. It takes its name from Canadian violinist Thomas Rolston, founder and longtime director of the Banff Centre’s Music and Sound Programs.  As the 2018 recipient and first international ensemble chosen for the prestigious Cleveland Quartet Award from Chamber Music America, their accolades and awards precede them. In 2016, a monumental year, they won First Prize at the 12th Banff International String Quartet Competition, Grand Prize at the 31st Chamber Music Yellow Springs Competition, and Astral’s National Auditions.

Rolston will be performing Haydn's "Rider" Quartet and Grieg's String Quartet.  Join us after the concert for a live Q&A with the artists!

This concert is sponsored by the MGS Board of Directors. 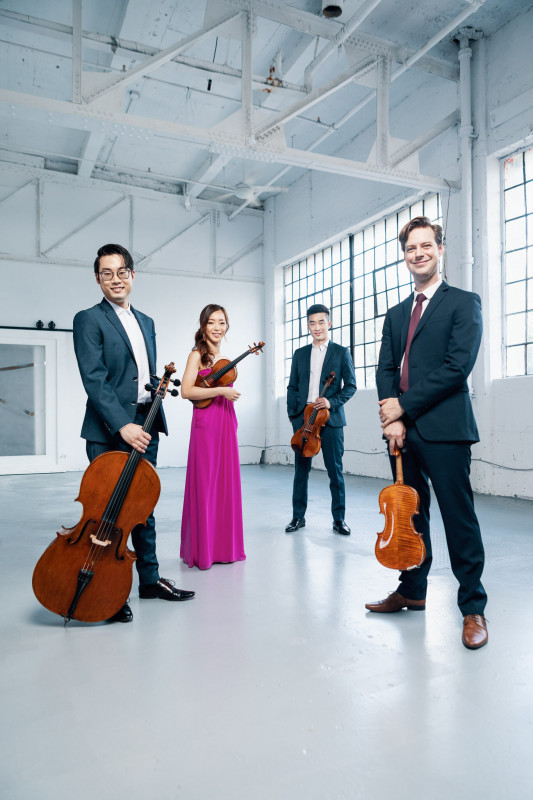