This is a free online event.

Suggested donation is one normal ticket price per household:

Julian Schwarz (cello) and Marika Bournaki (piano) met in 2006 at the Aspen Music Festival.  They began their musical collaboration in 2014, and made their debut at the Austrian Embassy in Washington, DC.  As the winners of the First Prize in the Boulder International Chamber Music Competition’s inaugural “The Art of Duo,” Schwarz & Bournaki have been presented in prizewinner recitals at the Boulder Bach Festival, as well as performances at New York City’s Bargemusic, The University Club and YIVO Institute for Jewish Research, Museum of the Shenandoah Valley, The Musical Club of Hartford and Canada’s Bravo Niagara! Festival of the Arts.

Cellist Julian Schwarz is a native of Seattle, WA. He was the First Prize winner of the 2013 Inaugural Schoenfeld International String Competition in Hong Kong. He is an international soloist, active contributor to Strings Magazine’s Artist Blog and Assistant Professor of Cello at the Shenandoah University Conservatory in Winchester, VA.

Bournaki, well known as a world-class performer and a brilliant pianist, has appeared as guest soloist with symphonies across the globe. The award-winning documentary I am not a rock star features Bournaki’s evolution as an artist from the age of 12 to 20. Bournaki is looking forward to her third season with EMF in 2018.

Schwarz & Bournaki will be joined by EMF faculty Fabian Lopez (violin), Chauncey Patterson (viola), and Anthony Taylor (clarinet) for an exciting and varied program of multiple forces.  They will be performing works by Mozart, Beethoven, Schumann, Debussy, and Korngold among others.  MGS is so grateful to present this concert in partnership with Eastern Music Festival. 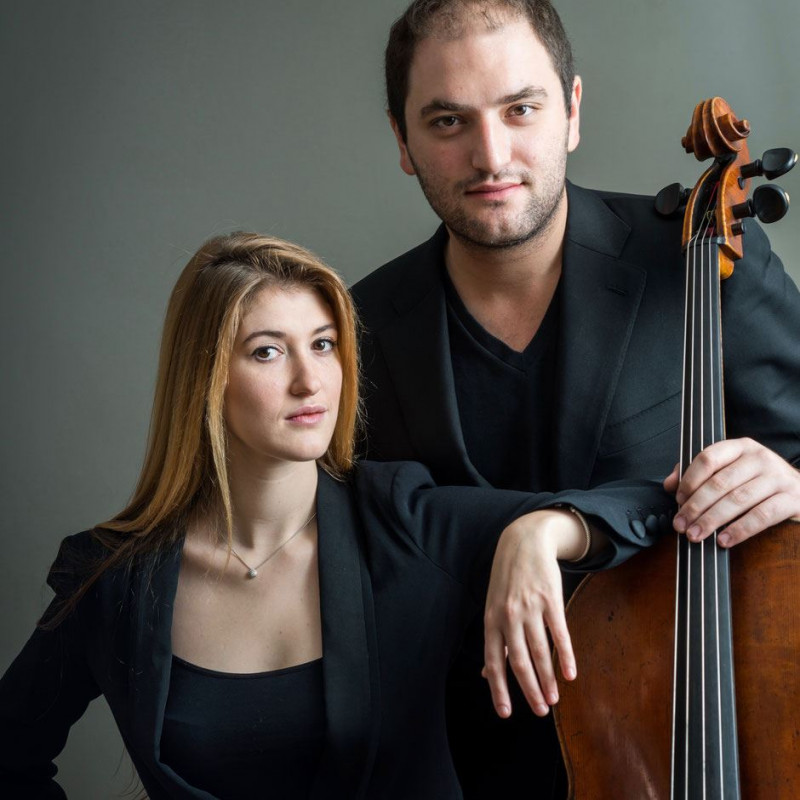