Since joining forces as a professional duo in 2009, internationally acclaimed solo pianists EVA-MARIA ZIMMERMANN and KEISUKE NAKAGOSHI - ZOFO - have electrified audiences from Carnegie Hall to Tokyo Japan with their dazzling artistry and outside-the-box thematic programming for piano-four-hands. This GRAMMY-nominated, prize-winning Steinway Artist Ensemble - one of only a handful of duos worldwide devoted exclusively to piano duets - is blazing a bold new path for four-hands groups by focusing on 20th and 21st century repertoire and by commissioning new works from noted composers each year.

ZOFO, which is shorthand for 20-finger orchestra (ZO=20 and FO=finger orchestra), also performs heart-pumping duet arrangements of famous orchestral pieces such as Stravinsky's "Rite of Spring," exploring the realms in which many composers first experienced their symphonic visions.  They believe that the piano duet is the most intimate form of chamber music, with two musicians playing individual parts on one instrument in a complex, often beautiful choreography of four hands. 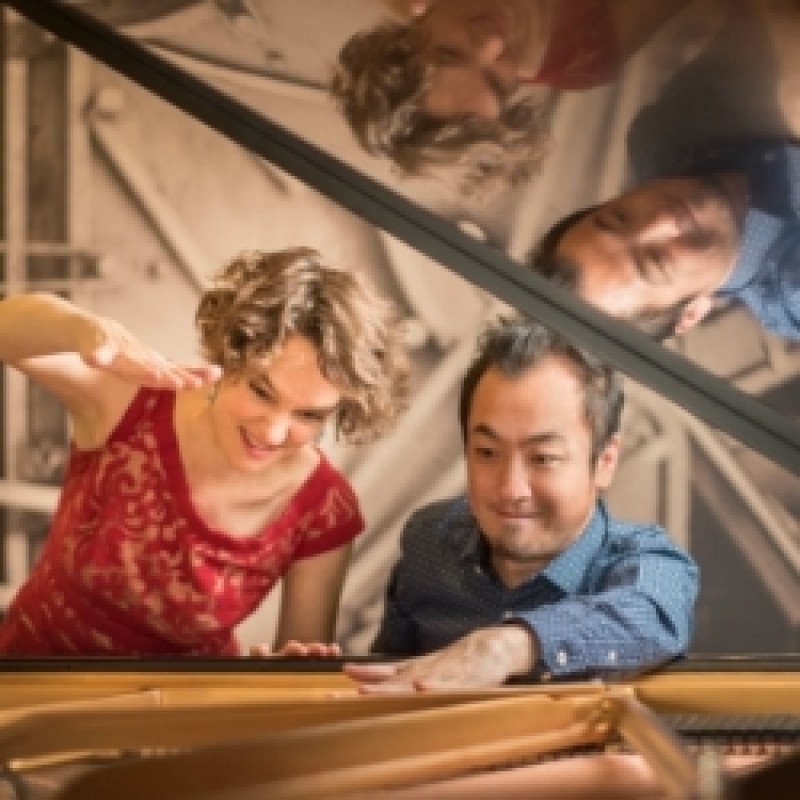